(please check the original version of the interview on the website - they have much more beautiful layout and everything :) )

The landscape is her stage on which the stories of her pictures. Aliona Kuznetsova, a native of Kiev, who currently lives in Boston, presented their pictures in magazines such as Elle, Marie Claire and Forbes. The latest project is focused on dreams. We talked not only about him.  (google-translated from Czech)

I started to do photography as a hobby during my second year at the University and, by the time I obtained my Master's Degree, I worked as a photographer full time. It didn’t happen all at once, there was no point in time when I would say something like “I am not happy being physicist anymore”. I think some decisions should be taken all at once, but some we are forming day by day.

My favourite part of the job is co-creation, when every member of the team endorses others. I come on set with the idea - let’s create this character, here is her story, here is how she feels - and if I am lucky and everyone is inspired, we build a character together. The stylist brings in clothes that look just right, the make up artist builds on the stylist’s idea with makeup and hair, the model thinks about the right body language. Everyone tries something new and excels in his/her own domain, but also provokes others to try and create.

It was a child’s dream of mine to visit Mongolia. My parents are geologists by education and they traveled a lot when they were young. They told me about the places like Kamchatka, Far East and Asia - where the nature is so raw and people live close by the earth. In my imagination, Mongolia was one of those places. Of course when I came there I saw that it is not fully true - Ulaanbaatar is a very modern city, but with the help of Sodoo - the stylist and organiser of the project - I think I managed to recreate my childhood dream of the hidden and beautiful country of Mongolia.

For me, both the styling and the landscape are tools that help me to tell the story. You could think about it as costumes and scenery in a theater, the only difference is that in photography we don’t use words, so the other parts - scenery, costume, pose and lighting - are even more important.

I started the Dream Project a few weeks before moving from Switzerland to the US. It was my first long-term project and I worked on it almost exclusively for 3 months. I was looking for a topic that would be universal yet personal, and what can be more personal than dreams? Here is a part of the art statement of the project:

Dreams are the most primitive form of creativity. One doesn’t have to put much effort into dreaming, but at the same time dreams combine the most mystical things: a mashup of subconscious thoughts, loose connections between random events of the day, and old memories, the version of reality that does not obey the rules of reason.

It wasn’t until the project was over that I realized that the pictures were among the most artistic works I ever done. After that I created “Susy the Dreamer” - a little narrative to connect all 12 stories.

Actually Susy the Dreamer is not a book - it’s a little story I have written (link to the full story: http://www.blurb.com/books/7428855-susy-s-dreambook). I am very cautious when I need to write in English as it’s not my first language, but I decided to create a little narrative to connect all the pictures in the series. Susy is not a person, but a part of anyone’s personality, sort of the inner child, infantile yet creative.

When answering this question, I have a big temptation to tell about my work for Forbes or Elle Swiss or about one of my exhibitions, but the fact is, those were not the most difficult things and the success there was kind of predictable.

Five years ago I had a big mental crisis followed with several months of depression. I could not work at first and then once and again my pictures were not really creative. And then in several months I created this picture. https://alionakuznetsova.com/tests/selected-tests#!page6

This is when I understood that not only I went through this rough patch, but I turned it into a source of creativity that helped me to be better as an artist. I think that was my biggest success.

Aliona Kuznetsova is a member of the artistic platform Mindtravellers . In his current project in the footsteps of fairy tales. Photographs inspired by local tales and legends have shot at 6 locations in Europe and his project is currently heading to the US. The six selected states will look for unique stories passed down from generation to generation that is imprinted in their frames. (google-translated from Czech) 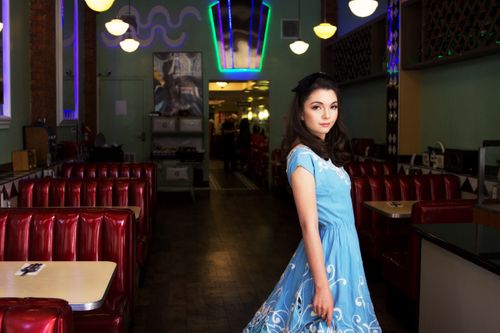 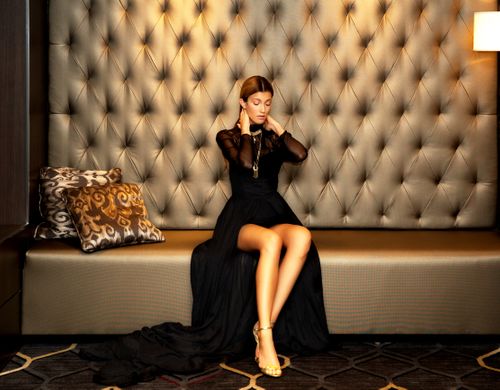