It's definitely early and strange to write about this shoot when the photos are not even ready, but with all the busy schedule I afraid I will loose all my thoughts by the time the photos will be published.

The first time I read Gabriel Garcia Marquez was in the university. My husband and I were on holidays with friends and we stayed in a tent on the south coast of Crimea. It was really hot and dry and it would take 2 hour hike to reach the closest AC. The heat around us provided and entry point for the GGM's world, so the metaphors of Magical realism didn't feel like nonsense anymore. The story started to feel like a long, slow-motion dream that followed more symbolic rules, strange to the real world, but consistent enough to form it's own reality.

Years later, after a photoshoot with a friend when we created a mismatch between the outfits and the backdrop I started to wonder how much can I bend the logic inside my frame and of course GGM's books were a holy grail of bending reality. I decided I will work on one of his stories to create a visual equivalent of Magic realism.

It was difficult to pick a story. One Hundred Years of Solitude deserves the whole movie series, No One Writes to the Colonel needs really special location (maybe that Crimea shore). I read almost everything by him by the time I found Eyes - this story was concise, wasn't soaking with sweat and most importantly I could relate to it.

A man and a woman meet in a dream multiple time throughout years. When they wake up she remembers the dream and he doesn't.

The first challenge was to show this interplay of the real world, and the dream world that feels way more real in the story. There is her reality where she tries to find him and looks crazy. Obsession and embarrassment fight each other and, day by day, she tries to reunite with something so real, yet real only for her. Maybe we should forget about the real world then? Night after night they see each other in a dream, what can be more romantic? But even here the reality catch up with them - someone would drop the spoon in the house and one of them is awake, they touch and one of them is awake too. How can I visually translate this logic? Old trick of making everything black and white in reality and colour in a dream wouldn't work, we need something more complicated, with more potential variations, like a very elegant and weird layout.

Final and most important part of all this are characters. Girl character was easy to understand. I worked with amazing model who was bold enough to play obsession in the middle of Boston downtown. We brainstormed together about edges and details of character's feelings and acted it on the spot. For a man it was more difficult, mainly because during all the story he does nothing but sits in the chair, smokes (which we weren't allowed to do) and talks (which you can't do in a photograph). What we ended up doing is a transparent camera with a third person. I want to leave you with this mental image: almost dark room with a fireplace and a mirror, a guy, a girl, a lamp in between and Anastasia reading Eyes with her soft yet dramatic voice, I am taking pictures, only sometimes talking to the models directly. As Anastasia keeps reading, I slowly open the window's blinder, the stage fills with cold real light, we all wake up. 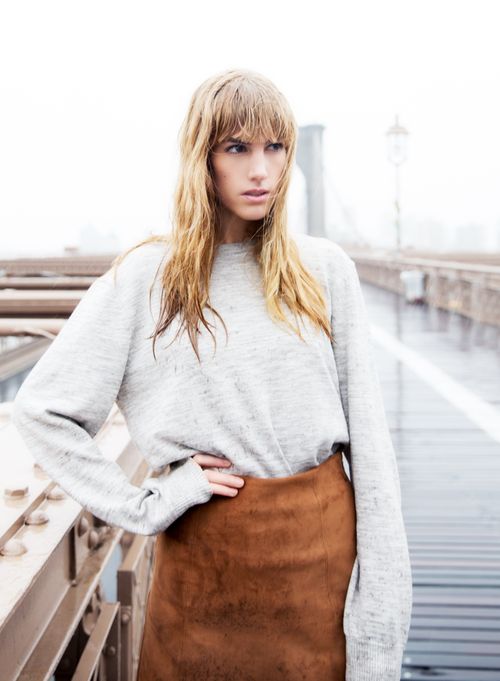