I think the biggest obstacle for ancient greek myths is the fact people are supposed to read them in school. Reading a story as a child we take it literally — this guy went there and done this. But as usual, there’s more to it.

So, a guy and his son were prisoners in a tower. Guy built wings to get away. His son flew too high, destroyed wings and died. Pretty strait-forward, but let’s see if any of similar stuff appears in other myths. For example in Odyssey we have the same premiss of main hero being too cocky and paying a high price. Greek gods seems to be quite vengeful when it comes to mortal being too clever :)

Persephone. We have Demetra, goddess of fruitfulness, who’s young daughter —Kora — rans into kingdom of dead. Kora had some pomegranate there so she now has to stay forever. Hades, god of the Underworld is in love with Kora, so she becomes Persephone — wife to Hades and queen of the dead. Demetra is now depressed in winter when Persephone is in Underworld and happy in Summer when her daughter is with her. It’s a very elegant reasoning for seasons, but for me the question is, why so complicated? Demetra could be just moody or vengeful like other gods, but instead we have all the dramatic story to produce empathy. It’s it much more developed than the first myth? I also love the transition between young innocent daughter of goddess of fruitfulness and mighty queen of the Underworld.

Orpheus and Eurydice. Orpheus is the best lyric singer in the whole world. When his love — Eurydice — dies he makes a deal with Hades to bring her back. Orpheus has to lead his love back to the world, but he can’t ever turn his head to see her, not until they reach the destination. Eurydice begs him to look at her so hard that he obeys and loses her forever. What do you make of this one guys? 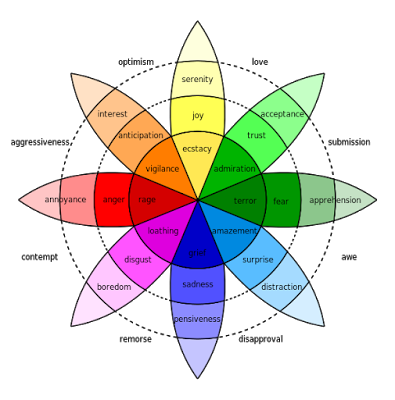 What do we know about emotions? In psychology there is a lot of research that tries to catalogue our emotions like the Plutchik’s wheel above. 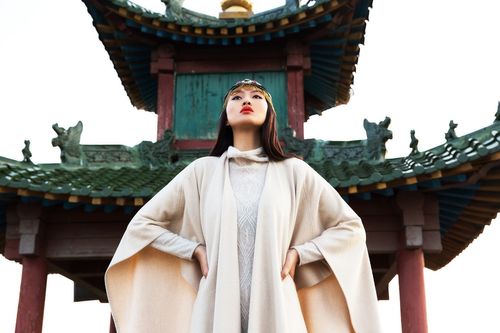 Long time ago I wrote this long impression about weather with an attitude.