Every face is a poem. Every is in its own genre: from tender haiku to love lyrics to this stridently ironic ones, that catch you with humour and strike suddenly with depth, right to your heart. I am fascinated by faces, obsessed with them.

But a face comes with its owner and that is the main reason I get fascinated with people too. It's always a complicated interplay between the geometry of a face, its owner personalty and the story I try to tell with the pictures. I could never say what goes first... Sometimes I see a person and it's as if I recognise him or her from some long forgotten dream; sometimes it's the mimic and emotional pallet that fits into my idea like an actor fits into a role; and sometimes, very rarely, I first get to know a person and then craft a story to show her or him, seen with my eyes.

I never do standard portrait sittings, but create a theatrical act that will allow a model to open up and show a part of his/her inner self. I tease and provoke until the person becomes real and alive in front of my camera, until the poem of the face starts to sound loudly and clearly.

Aileen X for The Last Snow 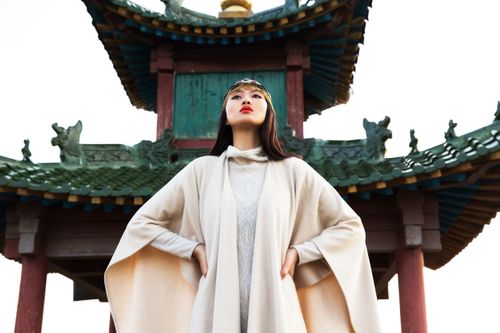 Want To Step Up as photographer? You Need To Read This First! Dmitrij Vasilenko April 30, 2016 Interview, MESSFashion Do you remember your first taken photograph or maybe you have your most memorable