After the first prototype was ready I scheduled five user interviews. The first was a woman who answered my IG announcement and she was a photographer herself plus graphic designer. Some of her advice was very useful, and some another part I had to put aside - even though she had a good vision on how to redesign my book, it was not my vision nor my voice.

Other four interviews basically said the same thing - we need a narrative. Franziska called it classification, Anna R. needed more words like in a blog I write, Anna M. said I need to further clean the selection from client's work, and Diane told me to leave strong couples as couples and show other pictures separately with some text. All of that was a great advice, I just needed to put it together somehow.

So I cut the amount of pictures almost by half and I wanted initially to create a season of the year patters: Spring, Summer, Autumn, Winer and Spring again (like in a movie I like). I developed that option, but by the end I started to feel likeI don't want to touch the book anymore, I felt out of love with it, so I understood that I need to stop going down this road and start over.

This is when I created the final narrative. Fleeting feeling -> Nomad -> Nostalgia   -> Forever Romantic -> Darker Days -> Vague Sensations. Well, initially it was Vague Sensations -> Darker Days, but after brainstorming with Anastasia I changed to finish with optimistic and visual chapter.

Second wave of reviews felt on after-lockdown, so it was mostly online. I had much more favorable response this time, people were thanking me for showing them the book and also suggesting only small changes in wording. You could see they looked at the book as finished product, not a draft. Jason Martineau and Franziska Drummond were kind enough to work through the text with me pointing out how to tell things in proper English, which added a bit of polish to the book.

I made 12 interviews for my final prototype, first few were brainstormings and then I devised a questionnaire to confirm several points that I was not sure about (like font, tmi issue and numbers near the pictures) 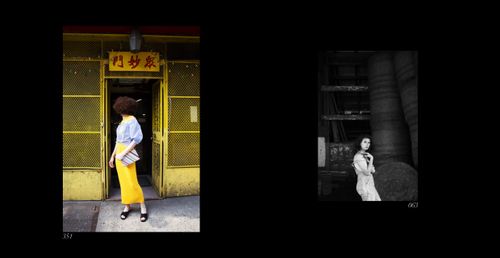 When you are finally ready with the design you need to print the book. It's a very important thing because you will, again, learn a lot of new information. To give you one 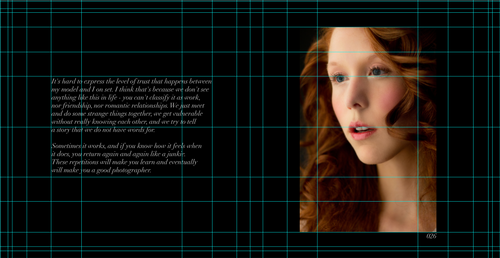 Just wanted to tell you before-head that I learned all I know about graphic design, design of the book and user research from working here. Ok, so what takes the book from some