So for a few years, I had this idea to do a photoshoot about a feeling of startle that you feel on a night road if your headlight caught someone in their light. Initially, I thought it would be quite easy if I am ready to deal with a sharp light, which I have experience with and which I thought would create just the right mood.

Closer to the shoot, I started to look at how the car light actually falls, and I noticed that it only captures human figure if he/she is rather far away, if you just exit a car and stand in front of it the light will not go high enough. The first solution to that was to pose my model like this:

But I couldn't do that for the whole series.

So I took my phone a few days before the shoot, and I started to take some pictures around the car. It looked like I just had to go farther to fit the whole figure in the frame, so that's what I thought I would do.

So the photoshoot day came, and I started to shoot with my camera. Very soon, I discovered that not only it's not enough light if I shoot that far from the source (remember, the brightness decrease quadratically with distance), but the beam of light itself is super uneven! My phone with its build-in AI solved that automatically for me, but my camera didn't. So we ended up trying a lot of things, and one of them was standing super close to the car like that:

Another one was having the car behind our model and using a white blanket to reflect the light back at the model:

Two more things: 1. I initially wanted to go to a dark night road, away from the lights, which I liked less at the end because you then have a pitch-black backdrop and the model "swimming" in this darkness. In the backdrop with yellow barrels, as you see, you can tell a more compelling story (that location was just by the highway, so it was more lit). 2. I "saved" the grass on the dark road by HDR-ing a bit in post-prod. It brought another problem though - the different amount of noise in different parts of the picture - that was annoying, and I didn't solve that, but magazine took it regardless because the idea was rare:) 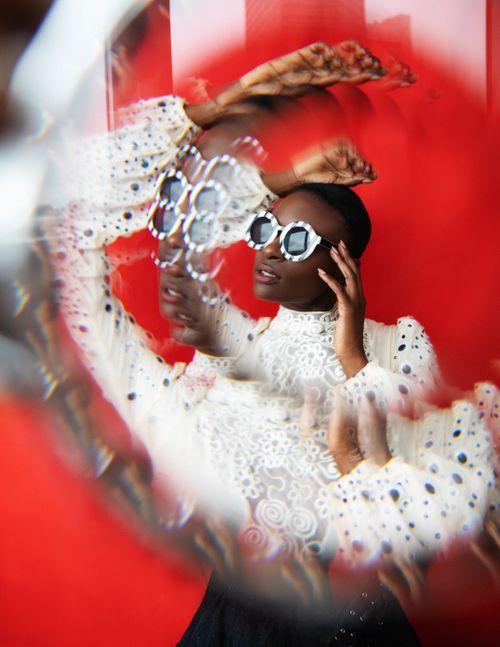 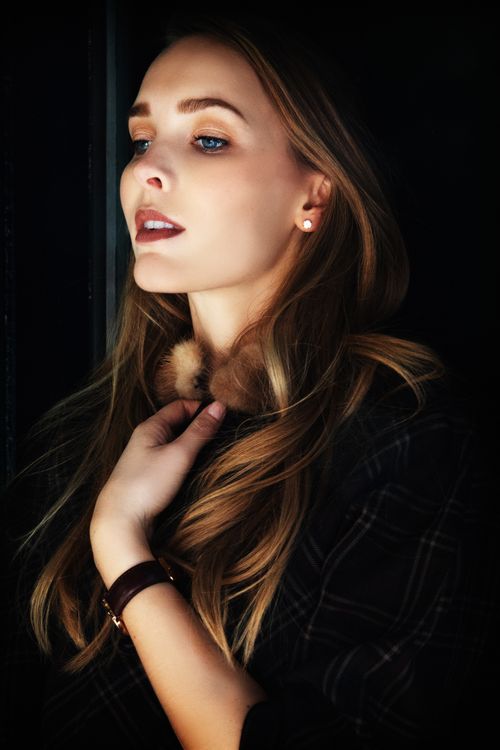