Another question about basics is about creating depth or creating space. Once we made a photography trip to the Alps and a guy on the team (the husband of our designer) took a picture with this gorgeous backdrop only to receive a “revelation comment” that it was taken in front of the wallpaper. So how do we make sure the model “inhabits” 3-dimensional space?

Let’s think about a landscape. What makes us think some things are close and some are far? If we answer this, maybe we will be able to emphasize or even imitate spatial relations.

2. Contrast. In landscape things on the horizon would be less congested, so by bringing contrast light forward you further separate your subject from the backdrop. This is why so many fashion photographers use a smoke machine to visually move the landscape part of the image further.

3. Temperature. Things in a distance always have a colder tone because the atmosphere itself defuses the blue component of the spectrum most. To enhance this effect you could split cold and warm tones in post-production and saturate them separately.

4. Details. Again the further away you look, the fewer details you see — texture becomes softer and blurrier. That’s why blurring backdrop with a depth of field or otherwise.

In general opening a diaphragm and using small depth of field is the simplest way to make your image look 3-dimensional. Not only because of spatial relations, but also because you explicitly show what’s the focus of your picture and what’s periphery. After all, when you fix your eyes on the object everything else is perceived more blurry the further it is from your current focus.

Just a little bonus. The “secret sauce” of my post-production that helps me to keep images crisp yet soft and volumed is simultaneously darkening and blurring just a bit darker elements in a frame, leaving middle and bright parts the same. This + appropriate depth of field + temperature splitting is the reason some people say my models feel like they belong to the environment, not posing in front of it.

Was this article helpful?

I had a bad dream tonight. I dreamt I had a photoshoot and we needed to gather some props, and we could not find them, and it was more and… 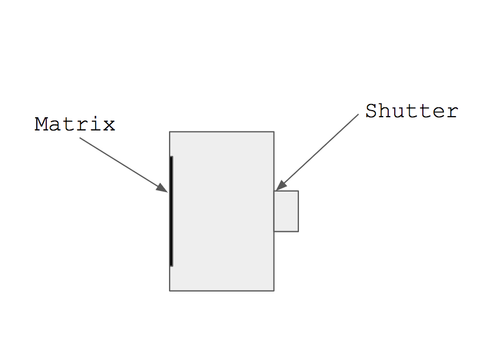