We already had a short tutorial about posing techniques, so today, let me focus a bit on general interaction with your model. Again it’s a very personal thing, and the chemistry between model and photographer can make or break the photoshoot. Everyone has their own tricks and techniques and even their own philosophy behind photographer-model relationships, mine is just one example.

One thing you should remember is that the model is a young and beautiful girl, and her experiences (and hence point of view) can differ from yours. For example, in a world of beautiful young girls, no-one says anything when you are late, especially if you act all nice. Also, in this world, many men are creeps who want to see her as undressed as possible, even if it doesn’t do anything for the picture. If you work with the agency represented models, you usually will not deal with this view differences so much, but if you are looking for your model elsewhere — be prepared to think like a beautiful young girl would think.

Another thing is, models typically don’t speak up when they should. They would ghost you rather than express concern with what you suggest (again, young girls..). For example, if you want to shoot with a model and the location is a private space, she might want to bring a friend but would be too shy to mention it. Or when she is obviously too cold on set, she would try to suffer through it (after watching too much of America’s Next Top Model), which will result in bad cold and bad pictures too.

So, I think the first and most significant rule is, the model should be the one who makes decisions about her own safety and comfort. At the beginning of every cold shoot, I tell the model, “You are the boss when it comes to what’s too cold. If you are too cold, you should tell me, because I can get carried away with my process. Being a hero here makes no good because if you start shaking, you will be shaking again every time you are exposed to cold and we won’t be able to keep working” and of course I also make sure we have a warm blanket, hot tea and hand warmers for the model to get warm between looks.

The same goes for bringing escort — yes, I know it’s distracting to have a strange dude or model’s mom on set to watch over what you are doing, but think as a young girl — she is asked to be alone with a stranger (maybe with the team, maybe not) in his/her space — is it safe for her or not? More often than not, a model will come alone anyway, but you need to communicate that it’s up to her. If you do hotter stuff, it’s essential to set boundaries in advance. Different models have different expectations, some flirt with you quite openly during a hotter shoot. You need to remember the flirty stuff is not for you, but for the photos. Let her do what she needs to do, but don’t do anything you didn’t agree upon in advance. I personally think that agreeing, for example, on implied topless and then trying to persuade or worse pressure a girl into doing full nudes is disgusting.

On the other hand, some young girls tend to get carried away and give you a diva attitude. I had a model recently, who was very beautiful but didn’t have any real experience. She was 1:15 late, was difficult, and requested many more photos that we agreed upon. Another model in a big project waited until 2 days before the photoshoot to tell me she doesn’t have a car and wouldn’t use public transportation to get to our set. I don’t know, maybe it works with a male photographer (with an extra wink), but for me — it just throws me off. I can ignore it to a certain degree, but after the line was crossed I just move on to another model (luckily many beautiful girls are ready to come work with me even with last-minute notice)

Most important for the last, let’s talk about inspiration. When I contact the model before the photo shoot, I try to give her all the details — concept, mood-board, team, meeting time and place, shoot location(s). It will allow her to organize and plan her day, plus it will make her think in advance about body language and facial expression. But at the same time, I always leave the story itself for the production day. There is a point after the model tried the looks, and before she goes into makeup, when I sit with her and talk about the character — who she is, what does she want, how she feels, what’s her relation to the viewer (camera). I try to talk in a very personal manner and make the model relate to the character she is playing. I ask the model to use her own experience, if possible, or else her imagination to really embody a character.

If the model comes on set prepared it feels like a dance — she gives her poses but mirrors what you show her, you try the poses she uses to make sure they feel right, you are focused on spotting anything that might look wrong — from tense muscle on model’s chin to uncomfortable angle of model’s fingers. You give encouragement and push to try more, and stranger poses, you reiterate and fix the angles, sometimes making only half inch change until you see the shot you wanted.

Next Up: Team Tutorial: HMUA 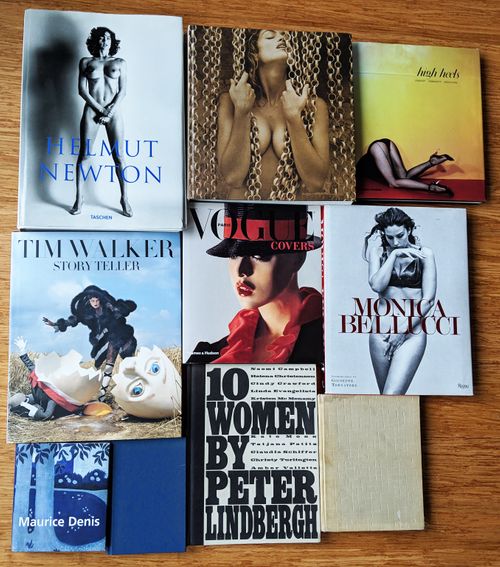 Ok guys, so I have been doing my research about photo-books and I asked FB photo-community for advice, here is the initial post and below all the suggestions I got, I hope it 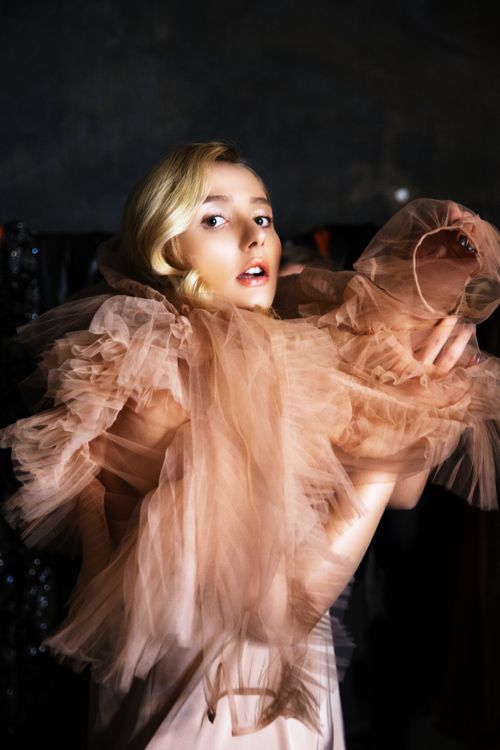 Okay, guys, so you know I have this blog and personal blog. And I always try to be objective here and subjective there. But it’s going to be hard this time because